Please see below from NAPA, detailing the award our very own City of Chicago has been honored in receiving.

Faced with a tight budget, a short construction timeline, and a crumbling roadway, CDOT knew it needed to do something different to ensure that The Magnificent Mile continued to live up to its name. Working with engineering and materials testing firm S.T.A.T.E. Testing LLC, CDOT devised a stone-matrix asphalt (SMA) pavement mix that made use of recycled asphalt shingles (RAS), reclaimed asphalt pavement (RAP), and ground tire rubber (GTR). SMA pavements are built to hold up to heavy traffic, but including this level and combination of recycled materials in an SMA was a truly innovative idea that ended up creating a stronger pavement at a lower cost. 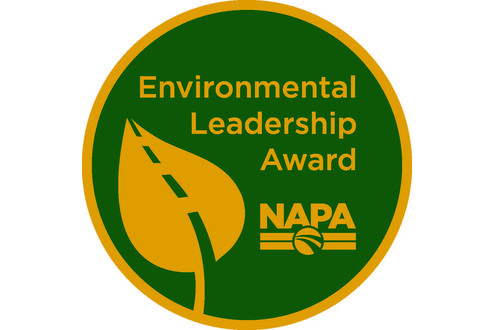 “Most people aren’t aware that the roads they drive on are increasingly being made with resource-responsible materials. Chicago deserves the Environmental Leadership Award for the way it put innovative thinking into practice on Michigan Avenue,” said Mike Acott, president of NAPA. “Innovative engineering and creative thinking, as CDOT has demonstrated, help ensure that taxpayers get reliable roads at a cost-effective price and with a lower environmental impact.”

In all, the repaving job used rubber from 2,200 tires, discarded shingles from about 130 houses, and 24 truckloads of reclaimed asphalt pavement. According to an analysis using the Project Emissions Estimator software developed at Michigan Technological University, the use of RAP and RAS reduced carbon dioxide equivalent emissions by 24 percent for the project compared to having used all-virgin materials.

NAPA is holding its 2012 Midyear Meeting at The Drake Hotel on Chicago’s Magnificent Mile, July 16–18. On Tuesday, July 17, the meeting included a general session discussing the Magnificent Green Mile project with presentations from CDOT, S.T.A.T.E. Testing, and Arrow Road Construction. Afterwards, the Environmental Leadership Award will be presented.

About The National Asphalt Pavement Association
The National Asphalt Pavement Association (NAPA) is the only trade association that exclusively represents the interests of the asphalt producer/contractor on the national level with Congress, government agencies, and other national trade and business organizations. NAPA supports an active research program designed to improve the quality of asphalt pavements and paving techniques used in the construction of roads, streets, highways, parking lots, airports, and environmental and recreational facilities. The association provides technical, educational, and marketing materials and information to its members; supplies product information to users and specifiers of paving materials; and conducts training courses. The association, which counts more than 1,100 companies as members, was founded in 1955.