The Special Olympics movement was founded in 1968 by Eunice Kennedy Shriver, and has grown to more than 4.5 million athletes in 170 countries. With the support of more than 1.3 million coaches and volunteers, Special Olympics delivers 32 Olympic-type sports and more than 94,000 games and competitions throughout the year.

The games strive to create a better world by fostering acceptance and inclusion of all. A major part of this incredible event is the wonderful fans that participate by cheering on the athletes and supporting the wonderful program that is the Special Olympics. As soon as Rose Paving-Los Angeles caught wind of the World Games being in Los Angeles, they knew they had to get involved. Rose Paving joined in by being ‘Fans in the Stands’, where employees and their families pick an Olympic event(s) (Soccer) and become ‘those’ fans in the stands. You know the ones – they meet and cheer the athletes before, during, and after their games, making sure the athletes know how special they are. Overall, the events make such a positive change and impact, not only in Los Angeles, but the World. The Rose Paving team have made some lifelong friendships from around the world.

To learn more and help support the cause follow the Special Olympics World Games on social media or visit their website – www.specialolympics.org. 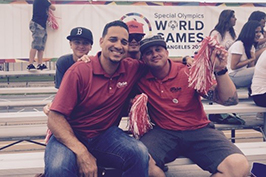 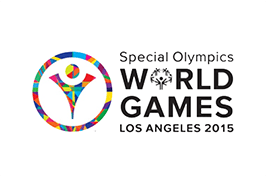 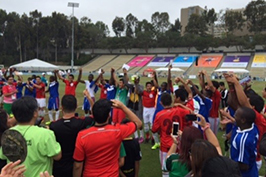