Despite his athletic abilities as a child, Alan Rose was often benched due to severe asthma.

“I remember it affecting me the most around fifth grade,” says Rose. “My shortness of breath would impede my ability to participate in sports to the full extent.”

Rose, now CEO of Rose Paving Co., a leader in national parking lot management, says his asthma is under control thanks to the care he’s received at the University of Chicago Medicine for the past 25 years. 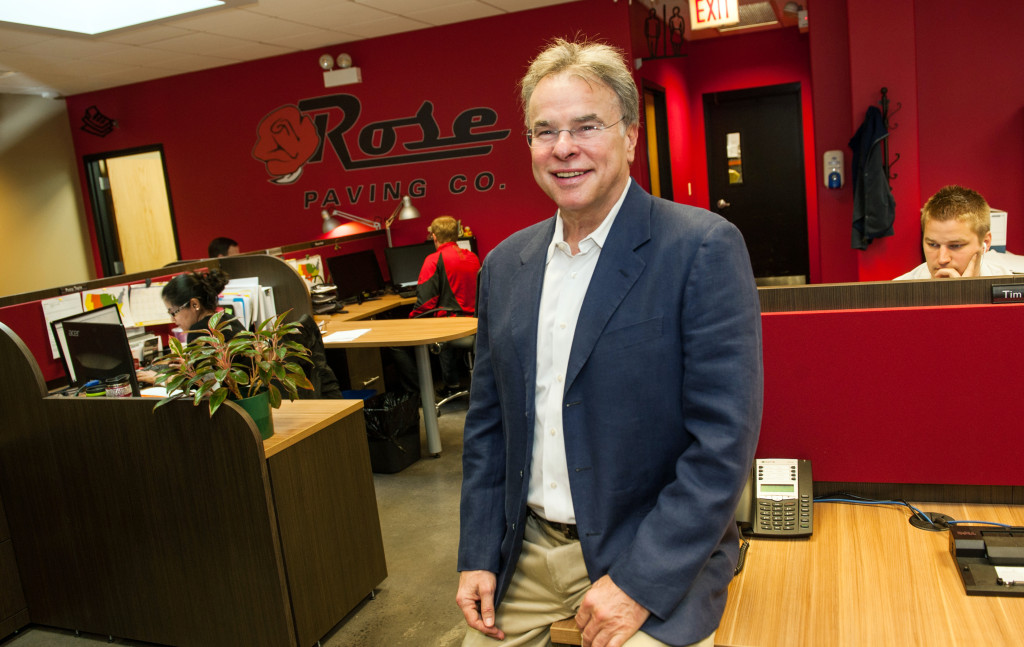 “Being able to live with this syndrome has made me stronger,” says Rose. “The medical center’s help in my adult life provided a platform for me to achieve greatness at Rose Paving.  That’s been my greatest achievement, which has given me tremendous pride and joy over the years.”

According to the American Lung Association, asthma is one of the most common chronic disorders in childhood, currently affecting an estimated 7.1 million children under 18 years, many of whom will be required to manage asthma symptoms for the rest of their adult lives.

Rose, whose main option for care in the ‘60s was steroids, attributes his success to Alan Leff, MD, professor of medicine and Section Chief of Pulmonary and Critical Care at UChicago Medicine, and has subsequently contributed to his research.

“It was an easy choice,” says Rose. “Not only did I like Dr. Leff and his devotion to his work, but I’ve always felt reaching out to the surrounding community was of tremendous importance for myself and for all of us at Rose Paving.”

Leff, who focuses on asthma, chronic obstructive pulmonary disease, respiratory physiology, and occupational medicine, also trains fellows in both basic immunology of airways and applied translational and clinical pharmacology. He has trained fellows from all over the world, some of whom are now professors and division heads at other institutions.

“It was a privilege to have Alan Rose as a patient, and I am grateful for his support over the years,” says Leff.

Rose, who just last year received the Harper Award from the University of Chicago for his generosity and philanthropic efforts, is also a member of the University’s Phoenix Society and is included in the Founders Circle.

The Harper Society was founded in 1999 to recognize those who have been instrumental in enabling the University to realize the extraordinary vision of its first president, William Rainey Harper. It recognizes donors with significant cumulative giving.

The Founders Circle is a recognition group within the Harper Society celebrating donors whose lifetime giving goes toward the endowment of professorships and scholarships, constructing new buildings, and funding scientific and medical research. Established by the Board of Trustees in 2000, the Phoenix Society honors individuals who make provisions in their estate plans or establish life-income gifts to benefit the University.

Hopeful that his giving leads to more awareness, research, and resources for asthma patients, Rose is confident that those steps can be achieved at the University of Chicago Medicine.

“Ultimately, the greatest satisfaction I could ever receive is a cure for asthma, but until that happens, advances in technology and drug therapy will make life easier for asthmatics,” he says.  “I’m very blessed that we have modern medicine today so I can still be active swimming, weight lifting, and doing other things to stay healthy.”

This article originally appeared on the University of Chicago Medicine and Biological Sciences website.