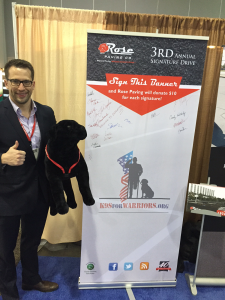 Last year was a banner year in our trade show circuit. Once again, we supported the efforts of a worthwhile charity during our trade show season. The charity benefitting from Rose Paving’s “You Sign…We Give” campaign in 2015 is K9s For Warriors®.

The trade show season started out at SPECS (Store Planning, Equipment, Construction, and Facilities Services) in Las Vegas. This time, the banner was accompanied by a black lab or golden retriever.

By the end of the season, the dogs and banner had been to Illinois, Atlanta, Tampa, Denver and Los Angeles. At the end of the year, Rose Paving tallies the results and donates $10 to the K9s for Warriors for each signature obtained.

K9s For Warriors is dedicated to providing service canines to our warriors suffering from Post-traumatic Stress Disability, traumatic brain injury and/or military sexual trauma as a result of military service post 9/11. The goal is to empower them to return to civilian life with dignity and independence. K9s For Warriors is a tax-exempt 501(C)(3) nonprofit organization. 95% of the dogs used for the K9s For Warriors program are rescue / shelter dogs.

We decided to invite the K9s for Warriors group to our 1-year Anniversary celebration for our Tampa office, at the Tampa Bay Lightning game. Keith Reinert, our warrior and his K9, Vulcan joined us for the festivities.

Keith joined the US Army Infantry in 2000 (his basic training photo is dated September 11, 2000). He went to airborne school and was deployed to Afghanistan in 2003 for nine months and then to Iraq in 2005. Keith was an E-5 Sergeant in the 2nd Battalion, 22nd Infantry (known as Triple Deuce) in the 10th Mountain Division in Upstate NY. He earned both the Expert Infantry Badge and Combat Infantry Badge.

We sincerely thank Keith for his service to our country. 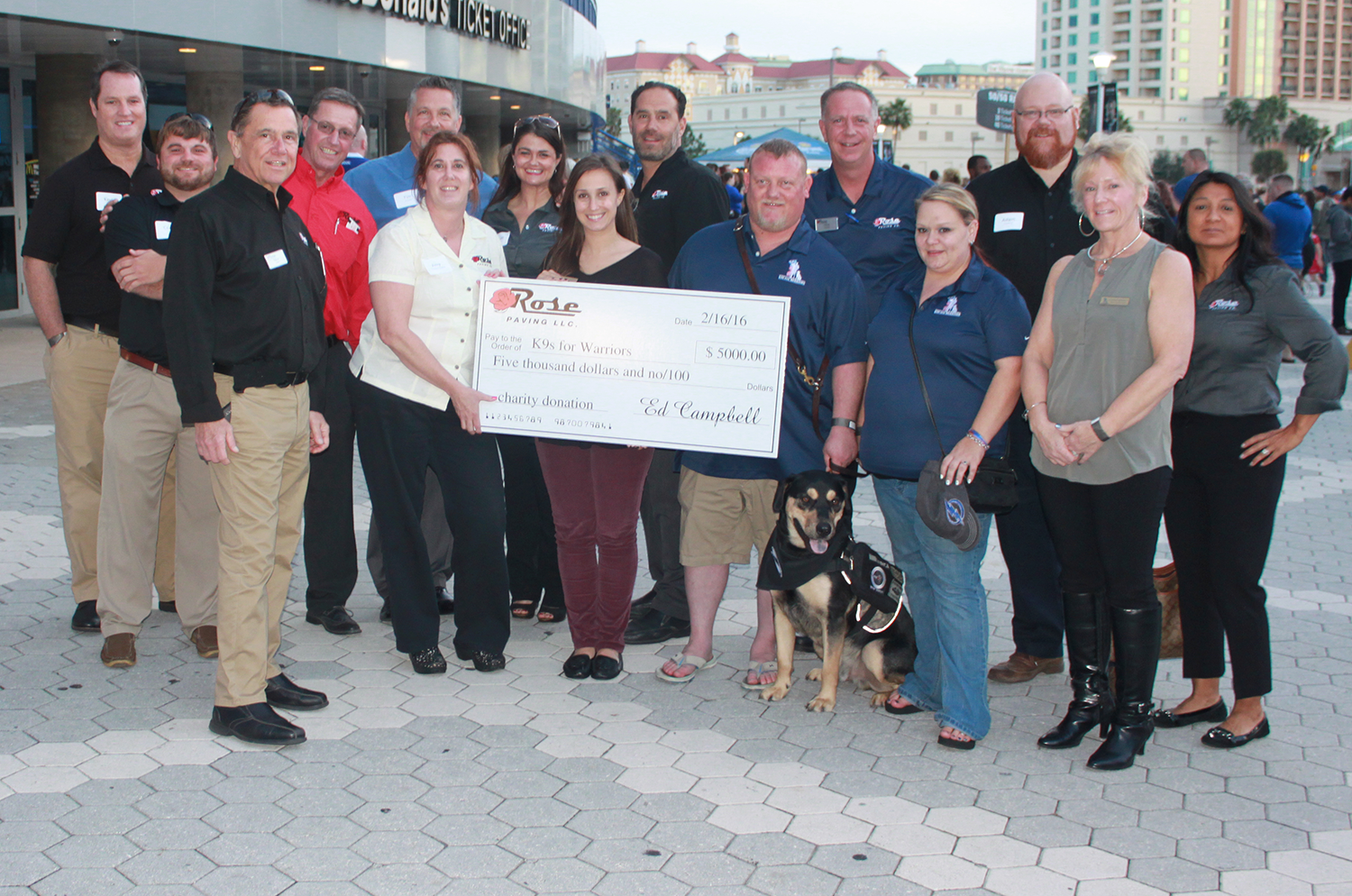